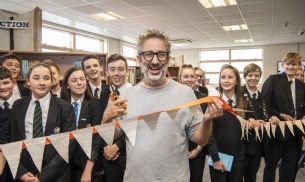 This week we were delighted to welcome comedian and children's author, David Baddiel, into school.

He officially opened our new library, which is the culmination of months of intensive fundraising.

"We saw that David was coming to Sheffield for the Off The Shelf festival and thought - why don't we ask him to pop into Westfield and open our new library? So we tweeted him and were amazed when he replied to say he'd be here! 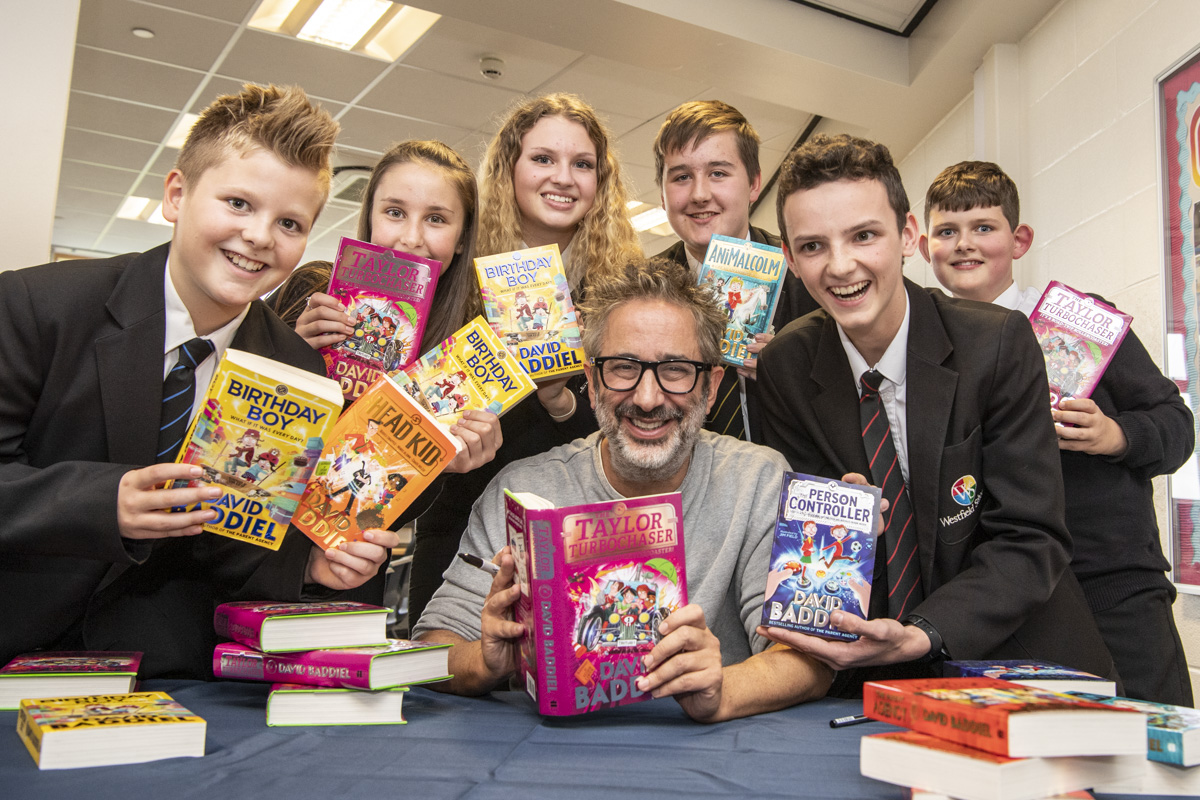 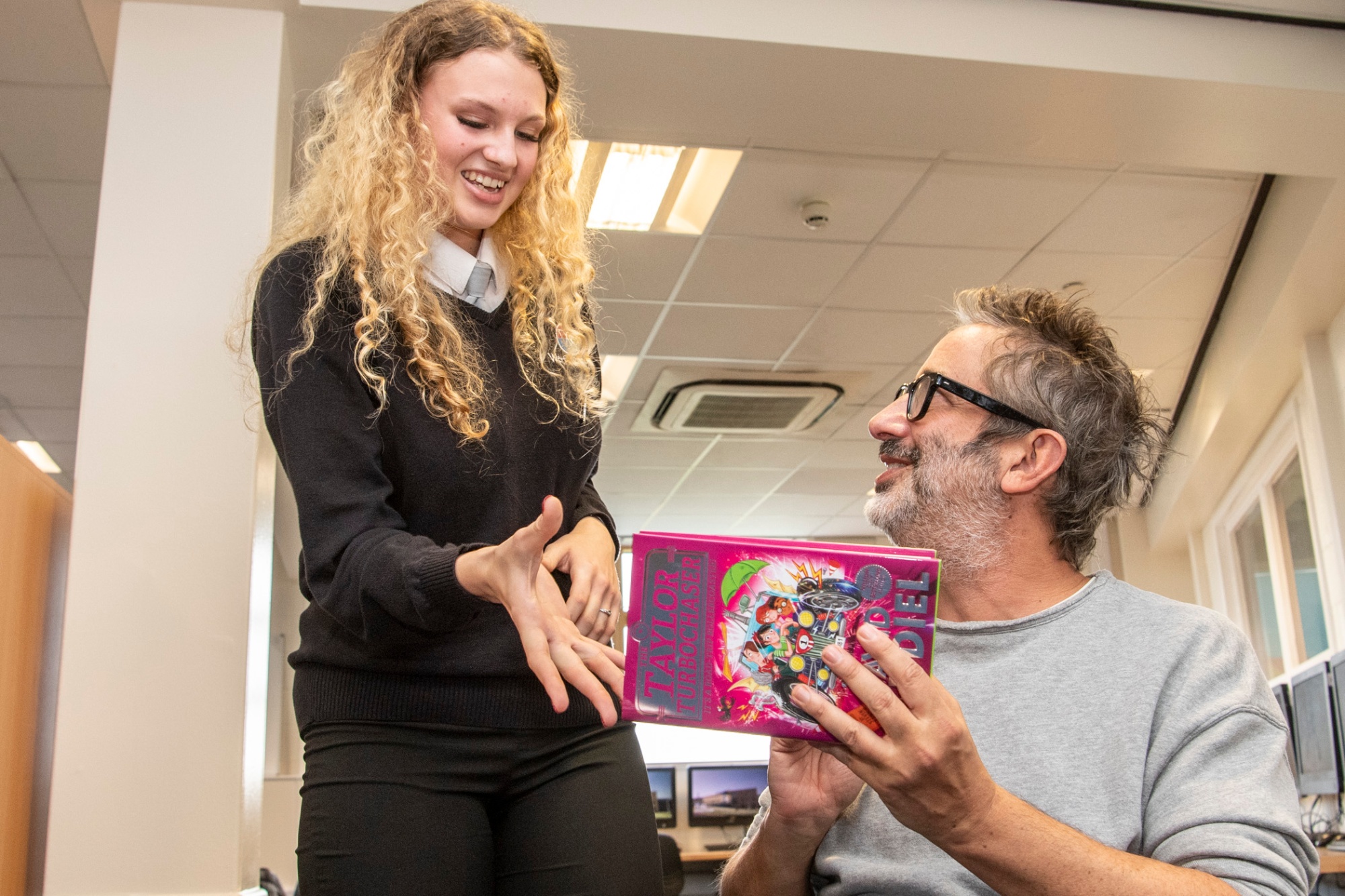 "It's really made our day. After so many months of hard work, raising the money for the new library, it's been great to celebrate with David joining us. Lots of the students know him from his books and, of course, 'Three Lions on a Shirt'. It's such a boost for everyone to have an author just drop in like this. It shows our students that they are valued, that reading and books are valued - and also that writing can be a proper job!" 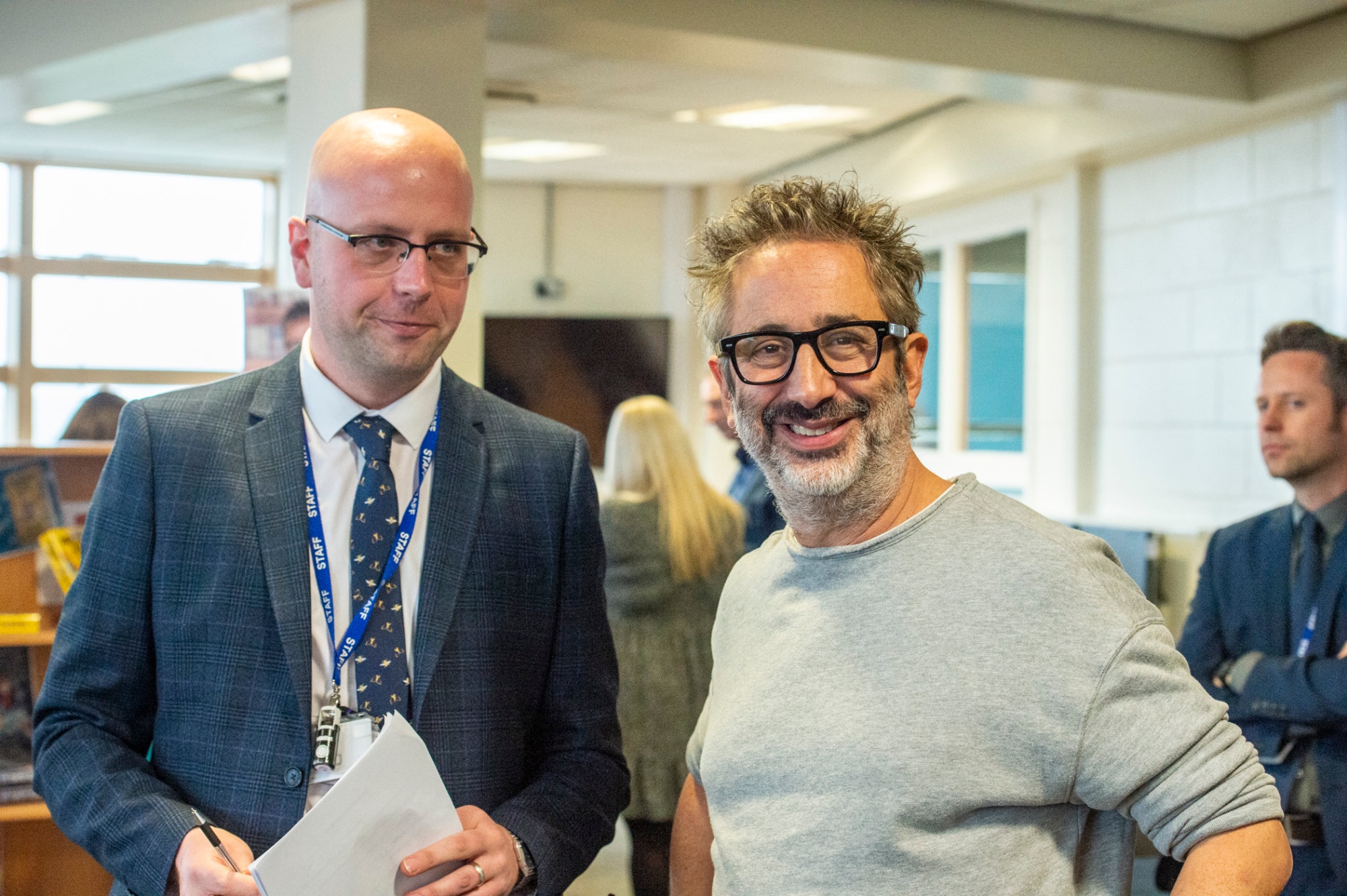 "Improving literacy is a priority at Westfield. We know that if students love reading, then it boosts their achievement in all subjects; it's the key to success right across the curriculum. But it also opens up students' minds to the world, so our library is going to be a relaxing place where they can delve into books and learn about the world around them. As adults, we often turn to literature to help us make sense of the world, and we want our young people to benefit from this too."

We also welcomed another special guest, journalist Ian Ridley. Ian was married to sports journalist and former Westfield student, the late Vikki Orvice - who the library is named after.

During his speech, Ian said to the students: "Don't forget - Vikki was from Halfway, she was from Sheffield, and she was just like you! You too can go on to achieve great things, just like she did. She would have been so honoured to have Westfield's library named after her."

Ian has also made a generous financial donation to the library. He also donated a book about the 2012 Olympics which features two chapters written by Vikki, including one about local sports legend, Jess Ennis, who went on the become good friends with Vikki. 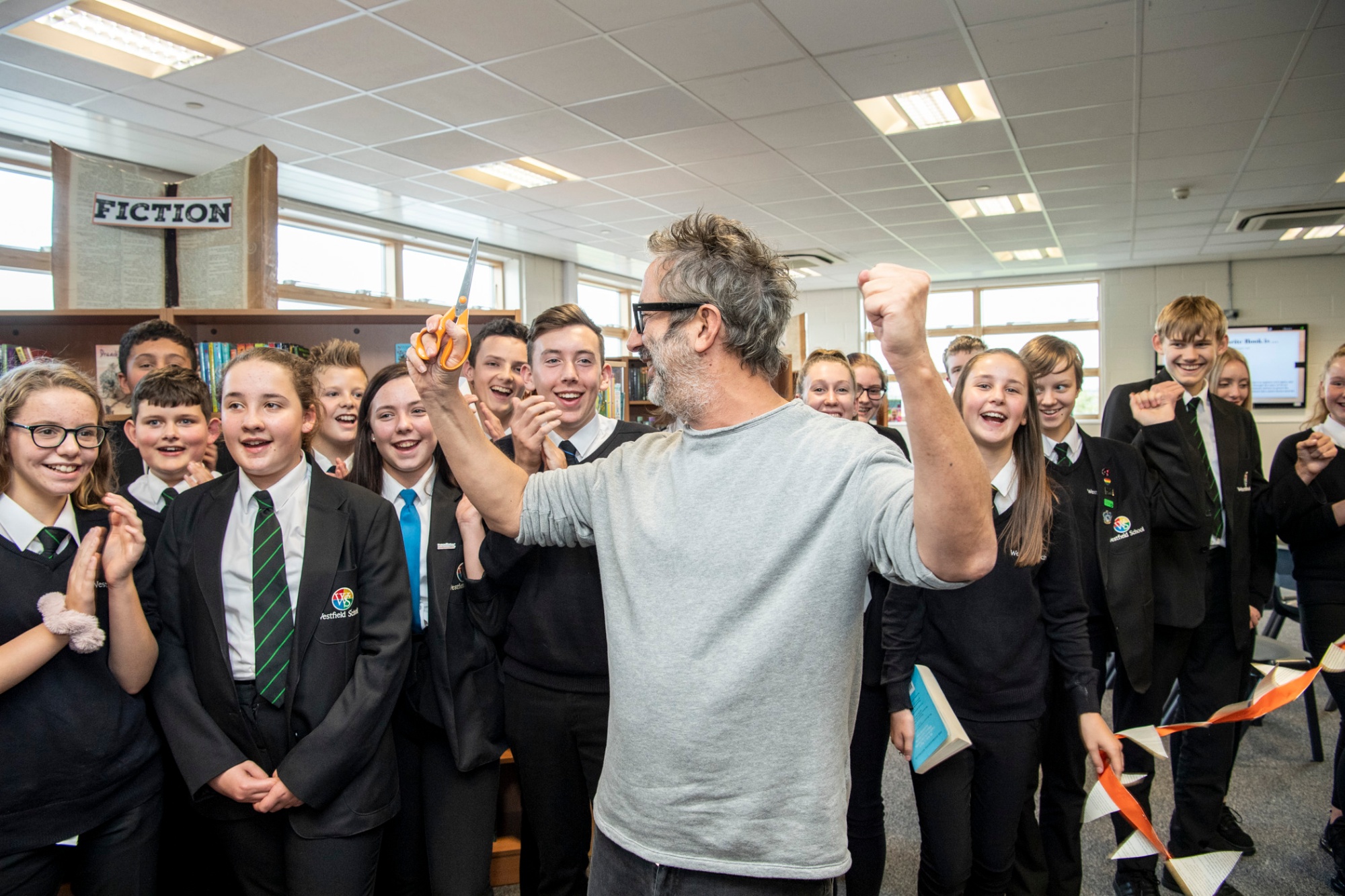 Speaking at the ceremony, David Baddiel said: "Children have been incredibly great readers of my books. I really enjoy writing for them and the feedback I get from them, and the sense that I am, in some small way, encouraging kids to read. I do think reading is a brilliant thing - which is why I think this library is a brilliant thing. And I really do hope that you get the money that you need to buy as many books as you can - as many as your students are prepared to read!" 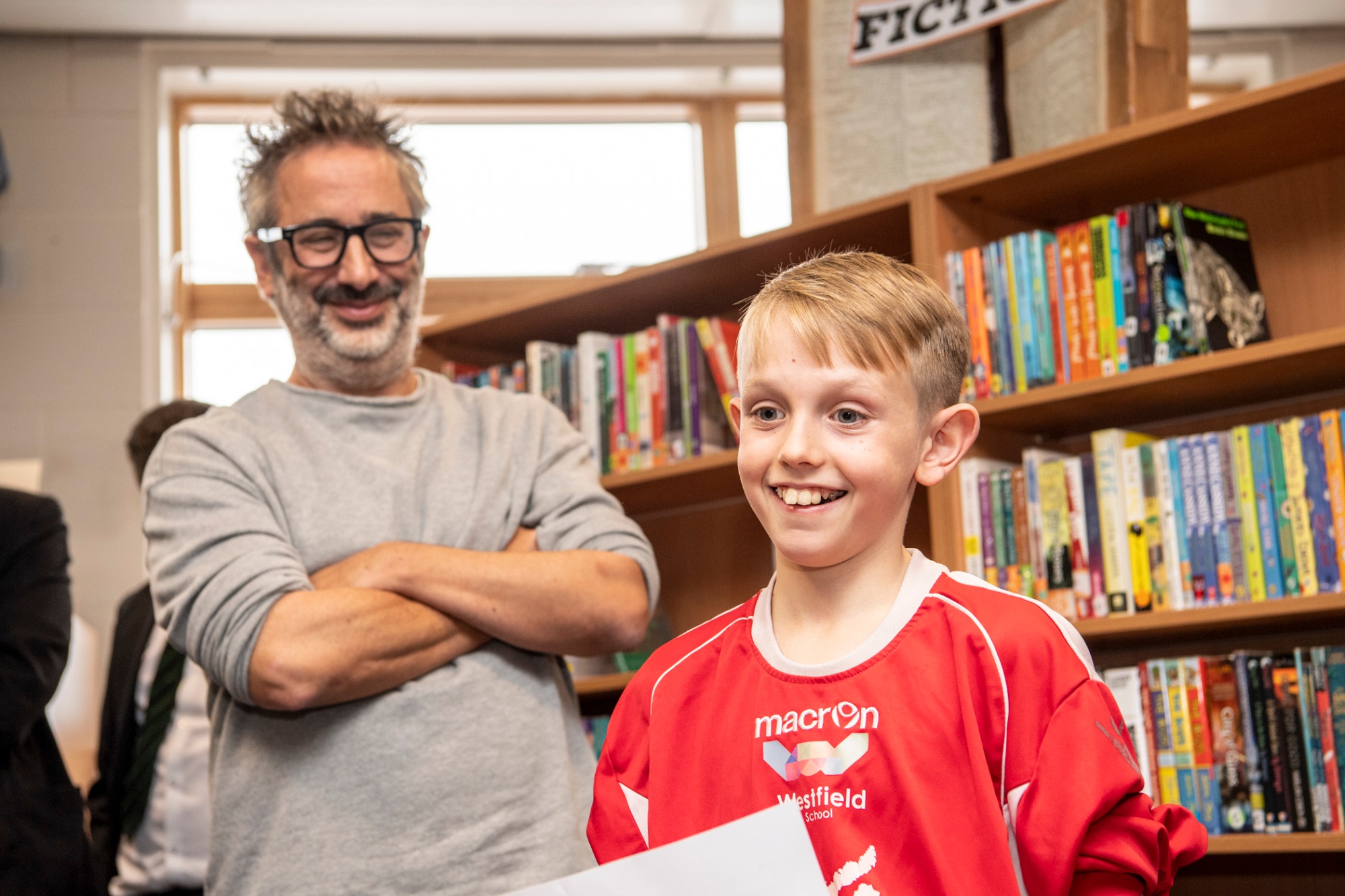 Students from Westfield began and ended the ceremony by reading some of their own work as well as inspirational texts by published authors.

You can see all the photos from the event in our photo gallery here.