What will I learn?

The course has three key papers:

In this unit you will study the History of medicine over 750 years and the changes that took place. These changes are to do with ideas about causes, treatments and cures, who treated the sick, the factors that bring about change and the rate of change. It also considers whether change is the same as progress.

The course is split into 4 time periods:

Additionally, there is also a special study on the treatment of the ill, wounded and injured in the trenches of the First World War.

In this unit you will learn about the challenges facing the young queen and the problems caused by foreign threat, religion, finances and rivals for the throne. You will also consider Elizabethan society and the Age of Exploration as well as the deteriorating relationship with Spain that culminated in the Spanish Armada.

In this unit you look at the making of the modern United States of America – looking at the push west to settle and the reasons for this which included the gold rush and the problems and conflicts this push westwards caused. This included conflict with the Plains Indians and the experiences of the Donnor Party and the Mormons. It also looks at the development of cowboys and cattle ranching, the railroads and the problems of law and order.

In this unit you will look at the difficulties Germany faced at the end of the First World War and the problems the new government had and why the recovery in the mid-1920s did not last. It looks at the reasons for Hitler’s rise to power and growing popularity and how, once in power, the Nazis ensured a dictatorship with little open opposition. The course also looks at how life changed for those living in Nazi Germany, particularly women, the young, workers and minorities who did not ‘fit’ Nazi ideals.

How will this course be assessed?

What skills do I need?

What is next for me after this course?

History is a very well regarded GCSE that all colleges and sixth forms will welcome. The A level is also well received at virtually all universities and colleges of higher education. History teaches skills that are transferable to a wide range of jobs: journalism, publishing, law, police, government, politics, charity work and many more.

Are there any restrictions with this course?

The course is open to all students. Please note the course has a heavy literacy content with extensive reading around the topic. 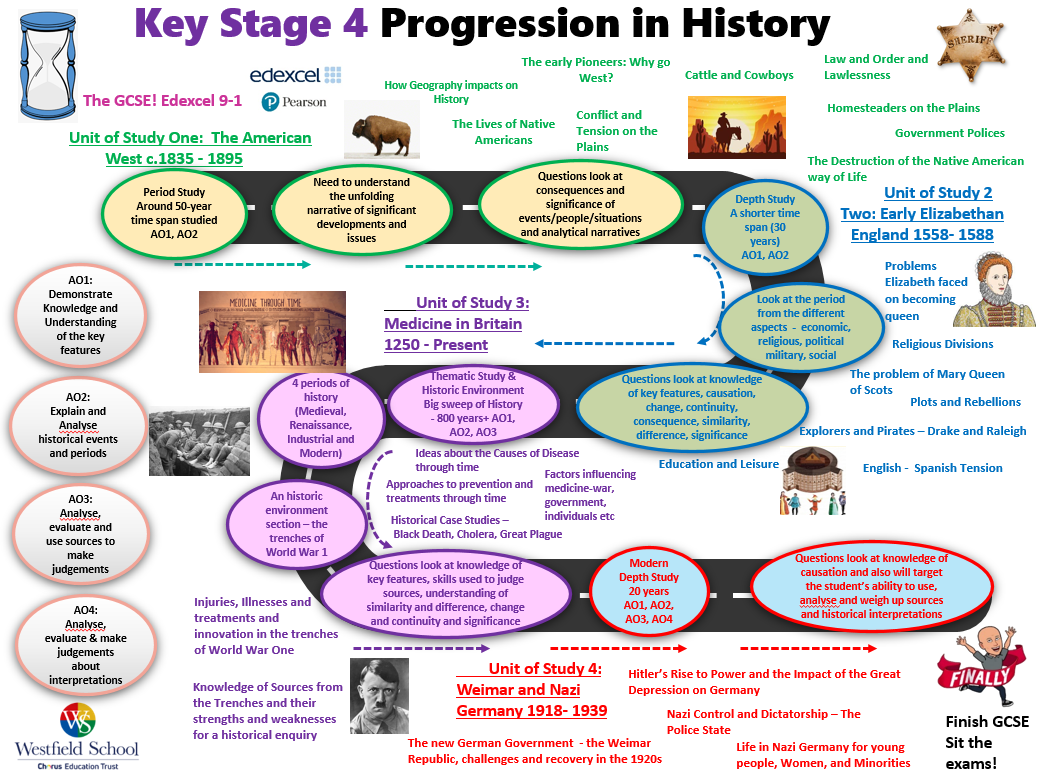